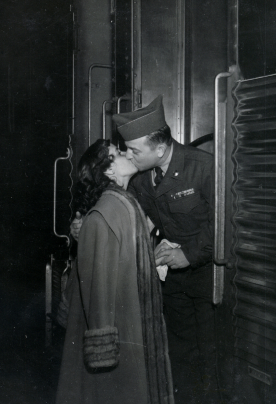 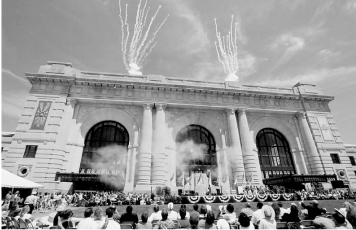 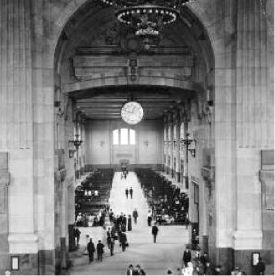 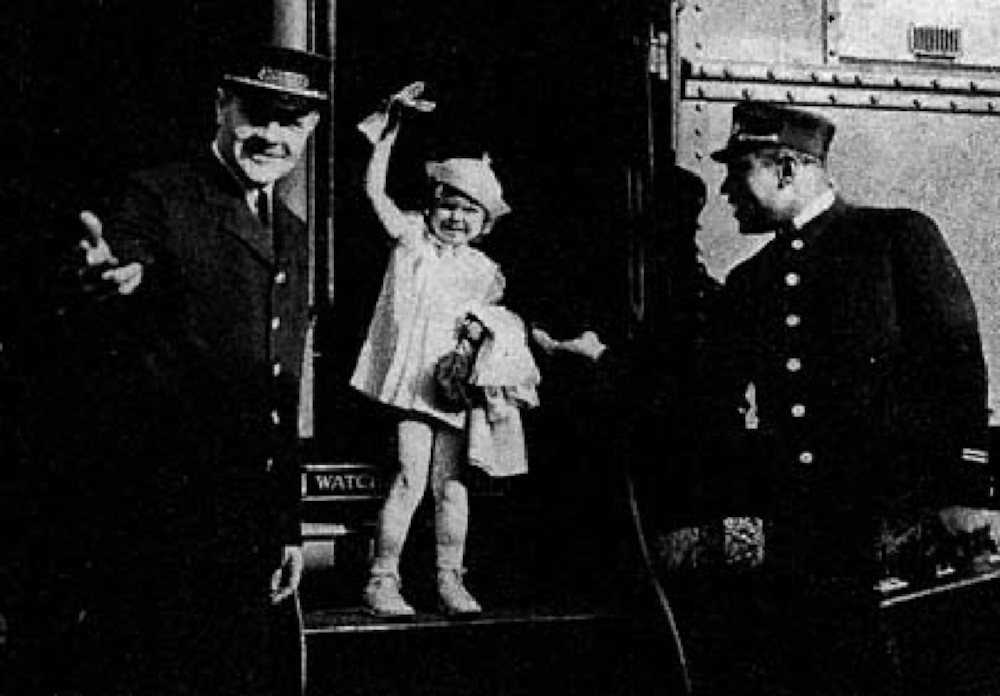 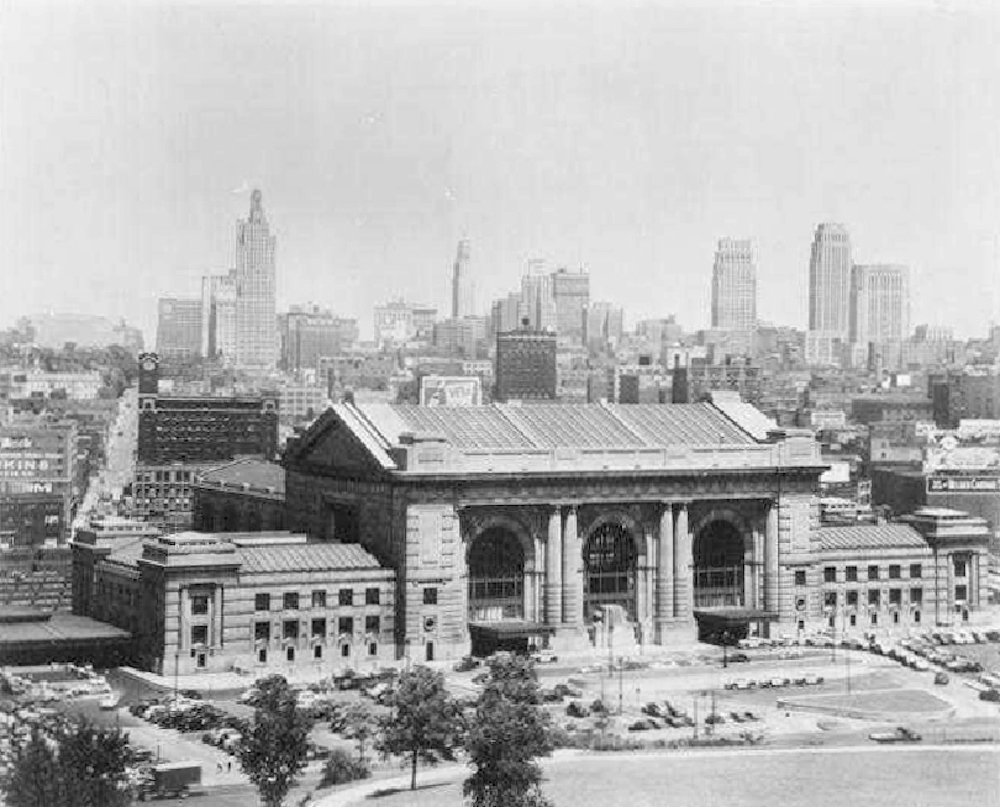 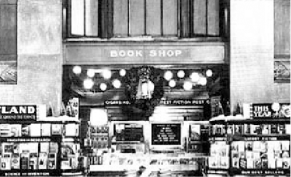 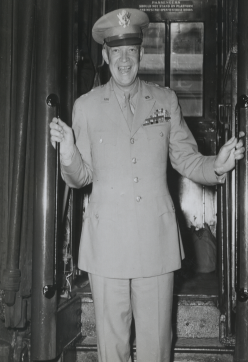 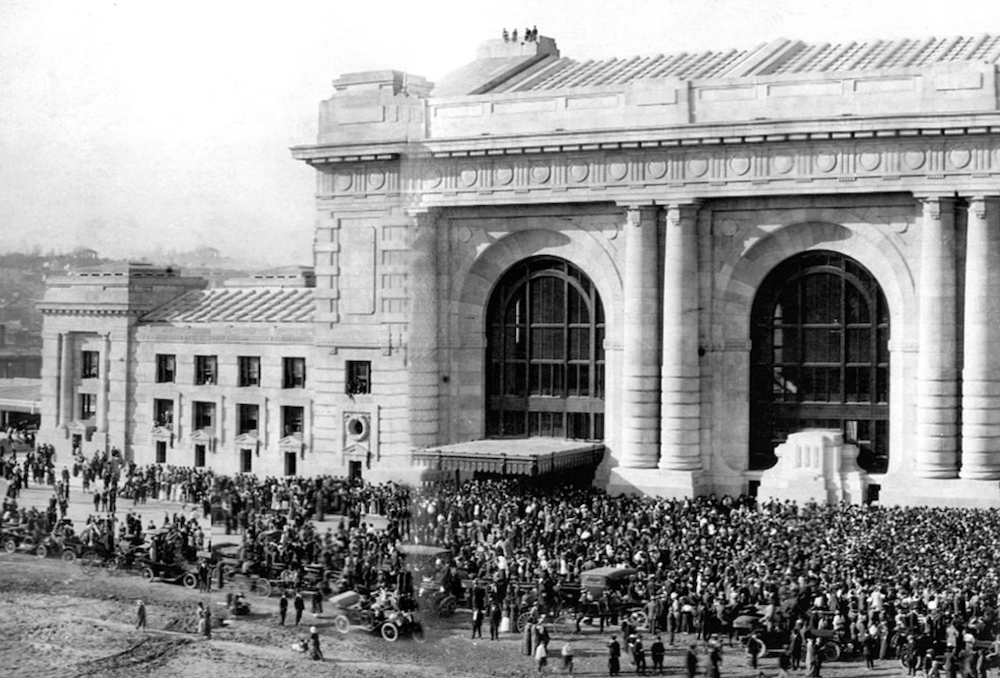 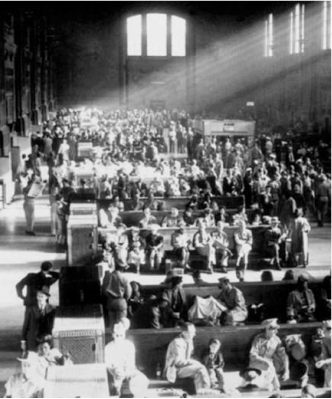 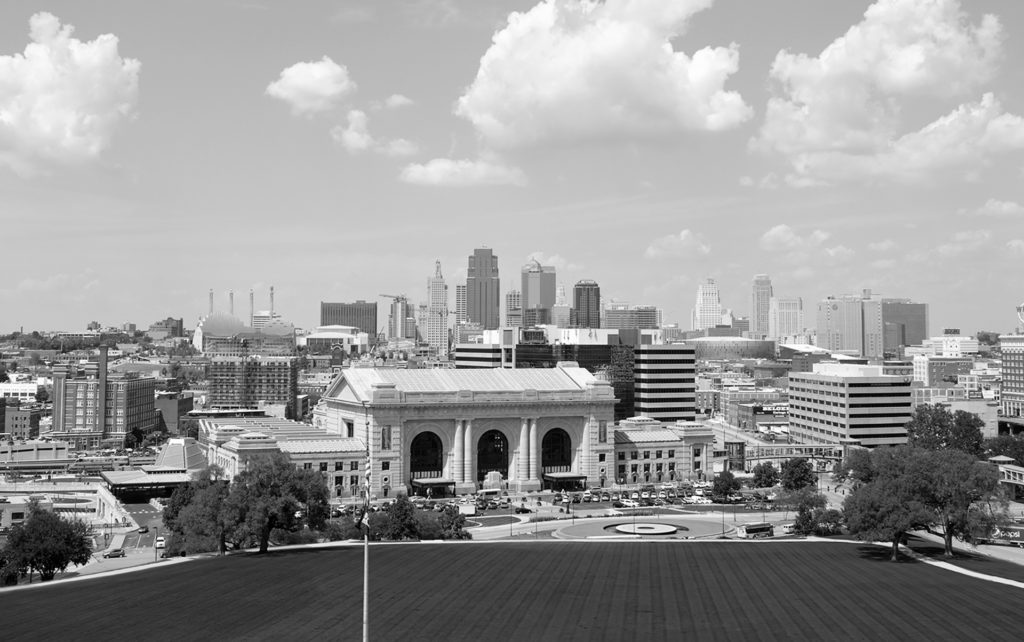 Construction begins on the massive building. Union Station is designed in the beaux-arts architectural style popular in the United States and France in the late 1800s and early 1900s. 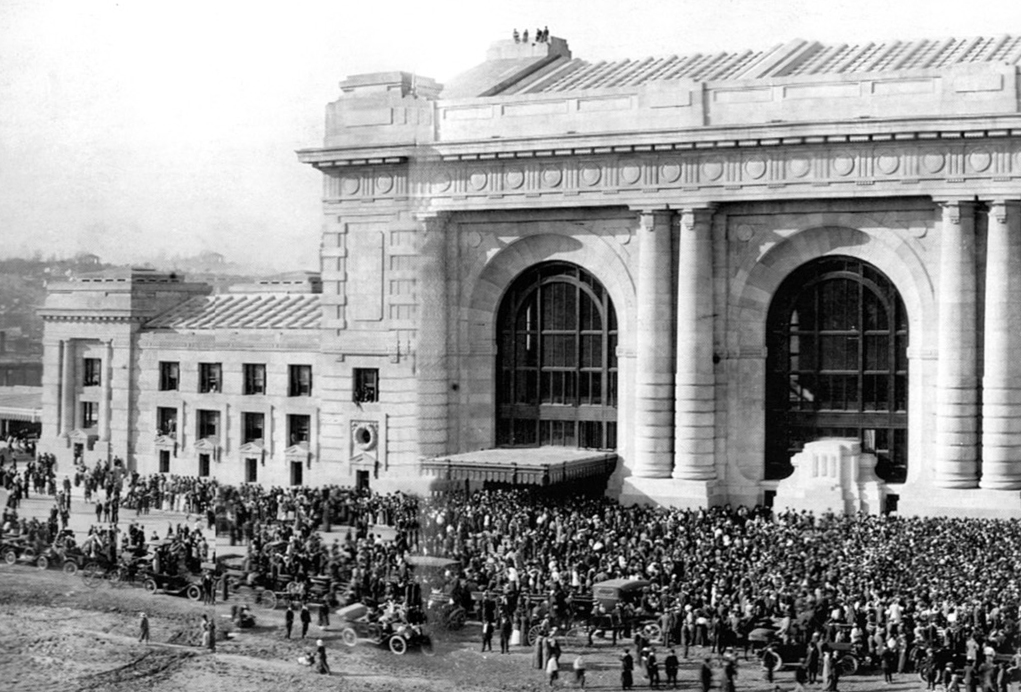 Union Station opens to the public. Just after midnight on the morning of Nov. 1, the first train, the Missouri-Kansas-Texas Flyer, arrives at Union Station. The station cost nearly $6 million and was part of a $50 million investment by KCTR that also included track additions, switching towers, viaducts, and bridges.

Rail traffic peaks during WWI-with 79,368 trains passing through the Station, including 271 trains in one day.

The Union Station Massacre marks one of the most infamous dates in Kansas City history. Convicted mobster Frank Nash, under escort by a team of FBI agents and police officers, was shot and killed outside the Station during a shootout. Four law enforcement officers were also killed. There are marks on the front of the building that for years were claimed as bullet holes from the shooting, but tests by Kansas City, Mo. police recently showed the marks could not have come from bullets. However, the myth and the mystery of the incident live on. There were various theories that other mobsters had committed the crime, but the only man ever charged was Adam Richetti, who died in a Missouri gas chamber. As a result of the massacre, Congress strengthened the power of the FBI. 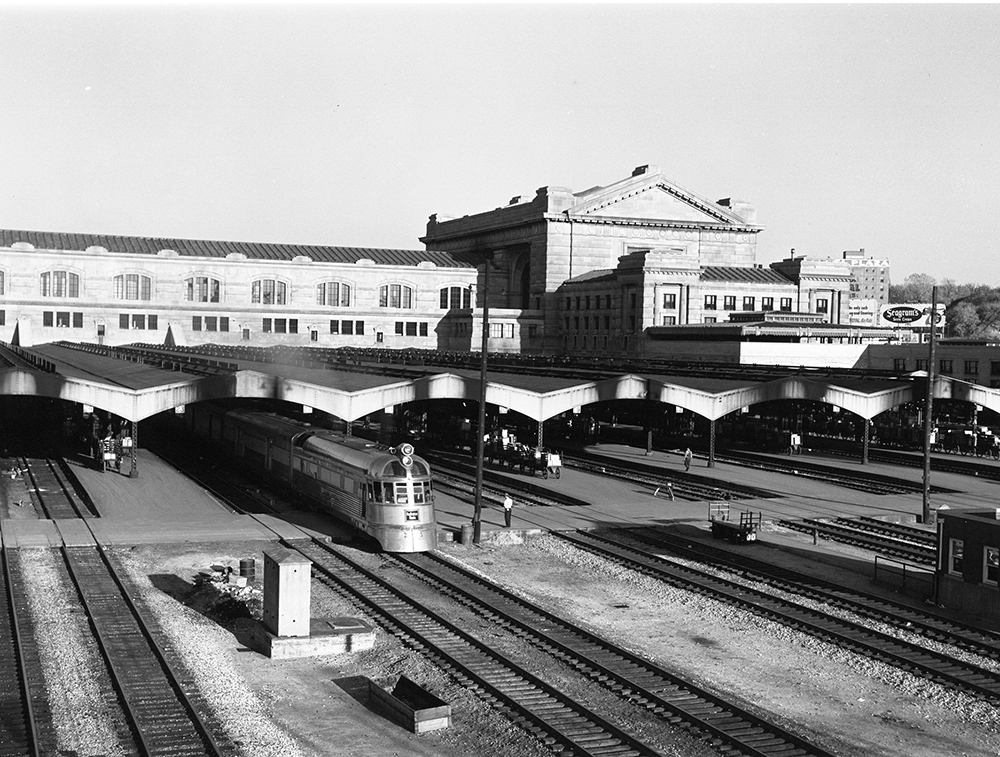 Union Station receives federal designation as a protected structure and is placed on the National Register of Historic Places.

Passenger traffic drops to only 32,842 for the year. Only six trains a day pass through the Station. 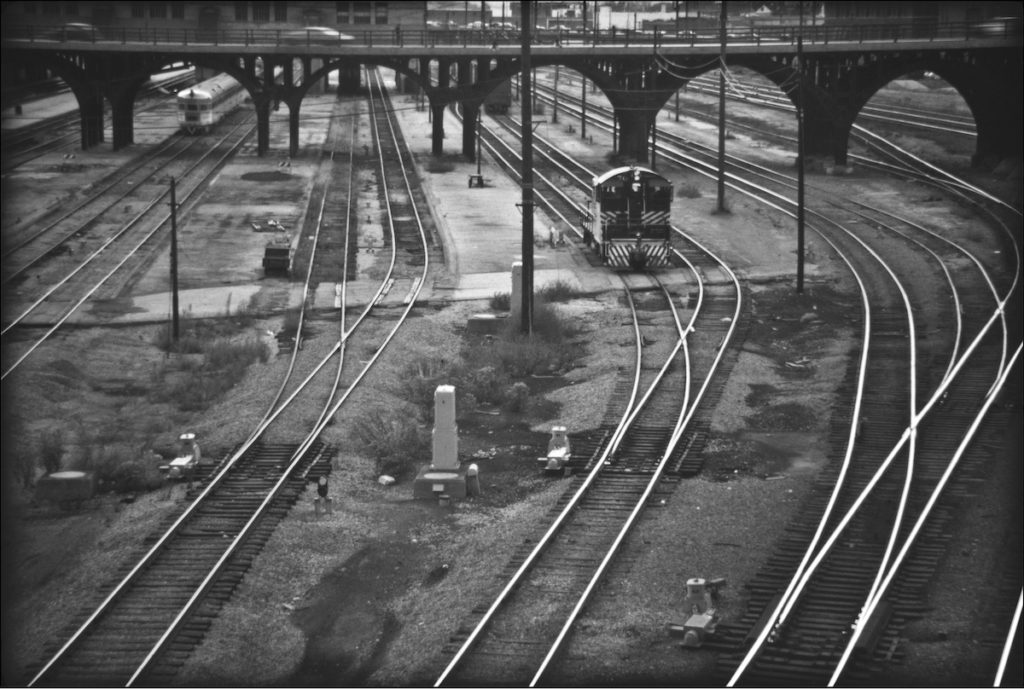 Kansas City approves a development contract with Trizec, a Canadian redevelopment firm, to develop the Station and surrounding property.

Trizec constructs two office buildings, One and Two Pershing Square, on the property around the Station but cannot make improvements to the building. 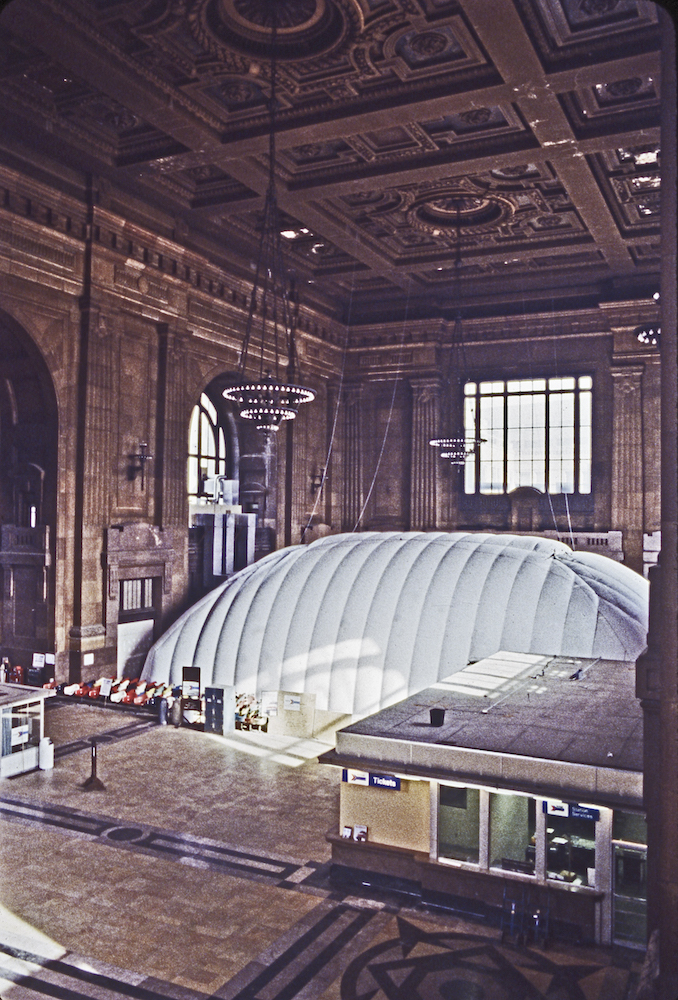 The city of Kansas City, Mo. initiates legal action against the redevelopment company for failing to redevelop the Station.

The City and Trizec agree to settle their six-year lawsuit. A new not-for-profit corporation, Union Station Assistance Corporation (USAC), is established to own the Station.

Voters in Jackson, Clay, and Platte counties in Missouri and Johnson County in Kansas approve a one-eighth of a cent bi-state sales tax to restore and redevelop Union Station and create a science museum. The tax raised $118 million toward the total $250 million project. The remaining money was raised through private donations and federal funds. The passage of the bi-state tax is thought to be the first of its kind in the history of the United States. 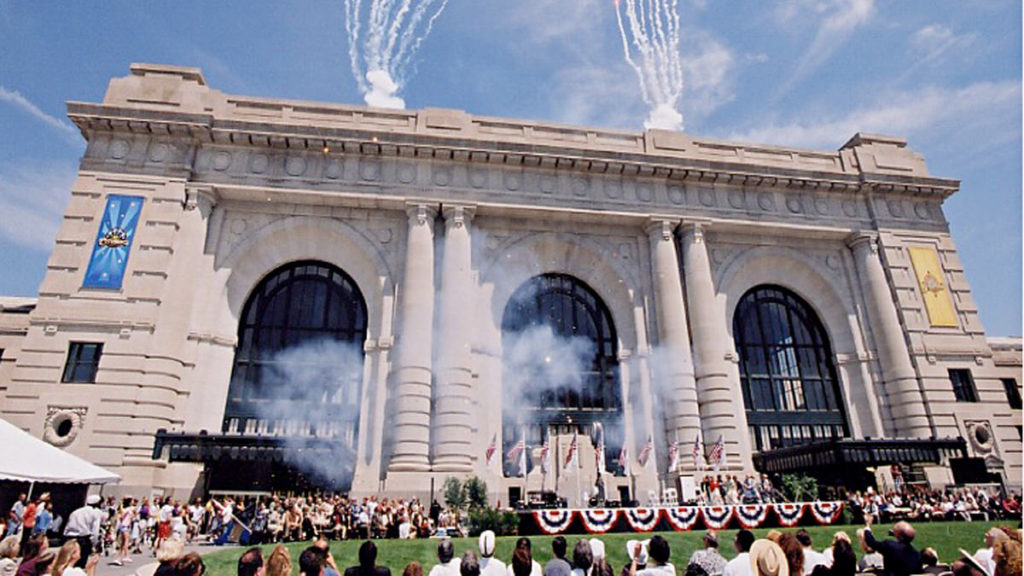 The KC Rail Experience, a permanent exhibit celebrating both the history of the railroads and Union Station, opens. 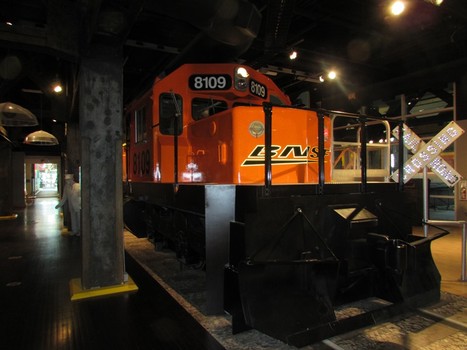 A beautiful 20,000-square-foot exhibit gallery is built on the lower level to host the world-class traveling exhibits, such as Bodies Revealed, Dinosaurs Unearthed, Diana, and Titanic. Revenues from these traveling exhibits add additional sources of funding that help stabilize the Station. 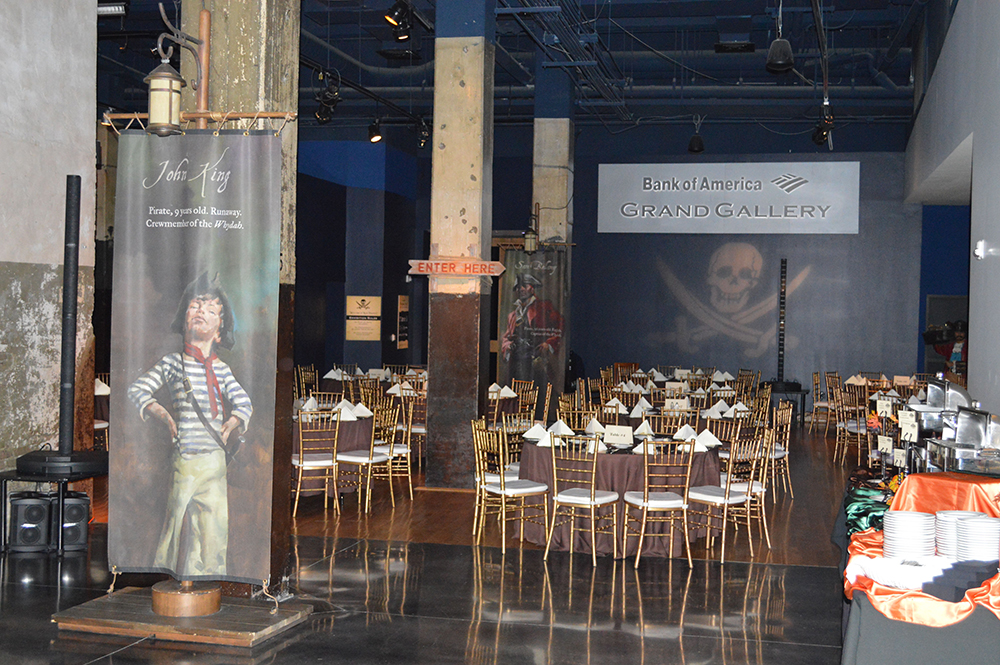 Science City begins an upgrading plan when Burns & McDonnell invest $1.25 million in new exhibits and sponsors The Battle of the Brains contest to get area schools involved in designing another new exhibit.

Burns & McDonnell and Science City launched the inaugural Battle of the Brains contest. This first year, 560 entries came from 128 schools in 35 area school districts. Over 2,500 students—focused on big STEM topics—competed to have their ideas come to life as the next new interactive exhibit at Kansas City’s Science Center – Science City at Union Station. Battle of the Brains has grown and flourished in subsequent years and now supports the ongoing re-imagination of our world-class center.

Science City welcomes the new Science on a Sphere exhibit featuring a giant hanging sphere that projects images across the sphere and shares programs in earth science, planetary science, nature and weather patterns and other science topics.

Science City opens The Science of Energy, which was the winning entry from the Battle of the Brains competition, and was designed by students from Olathe North High School.

March 2013, the fully renovated Regnier Extreme Screen Theatre re-opens and begins offering nature films and first-run movies for the first time. The theatre is wired with a 1 gig connectivity, offering the opportunity for live streams on the large screen for special events. 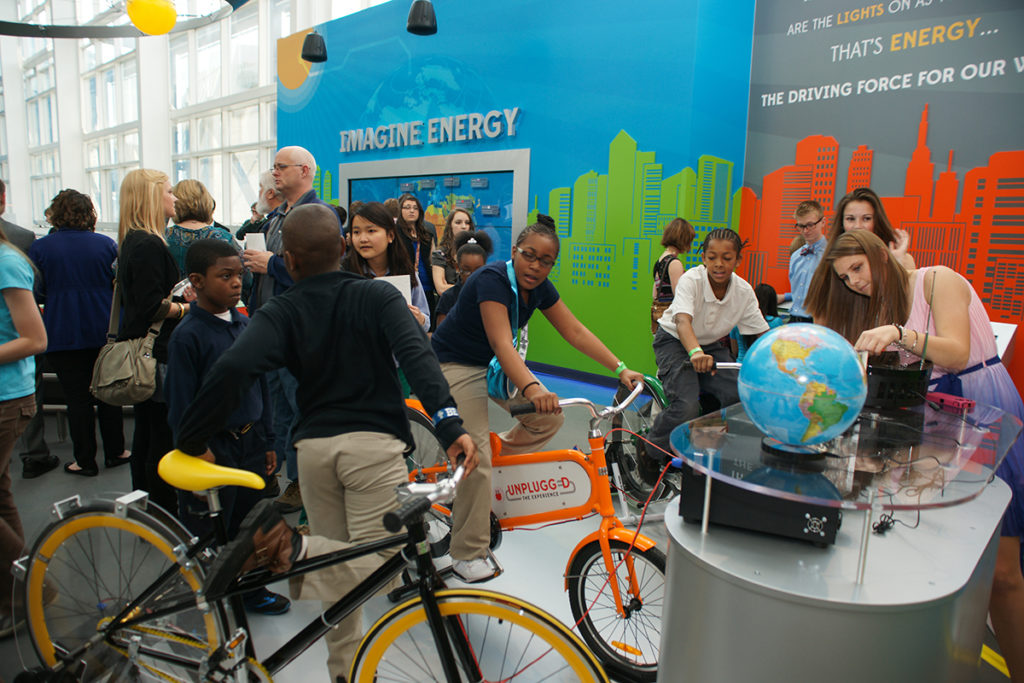