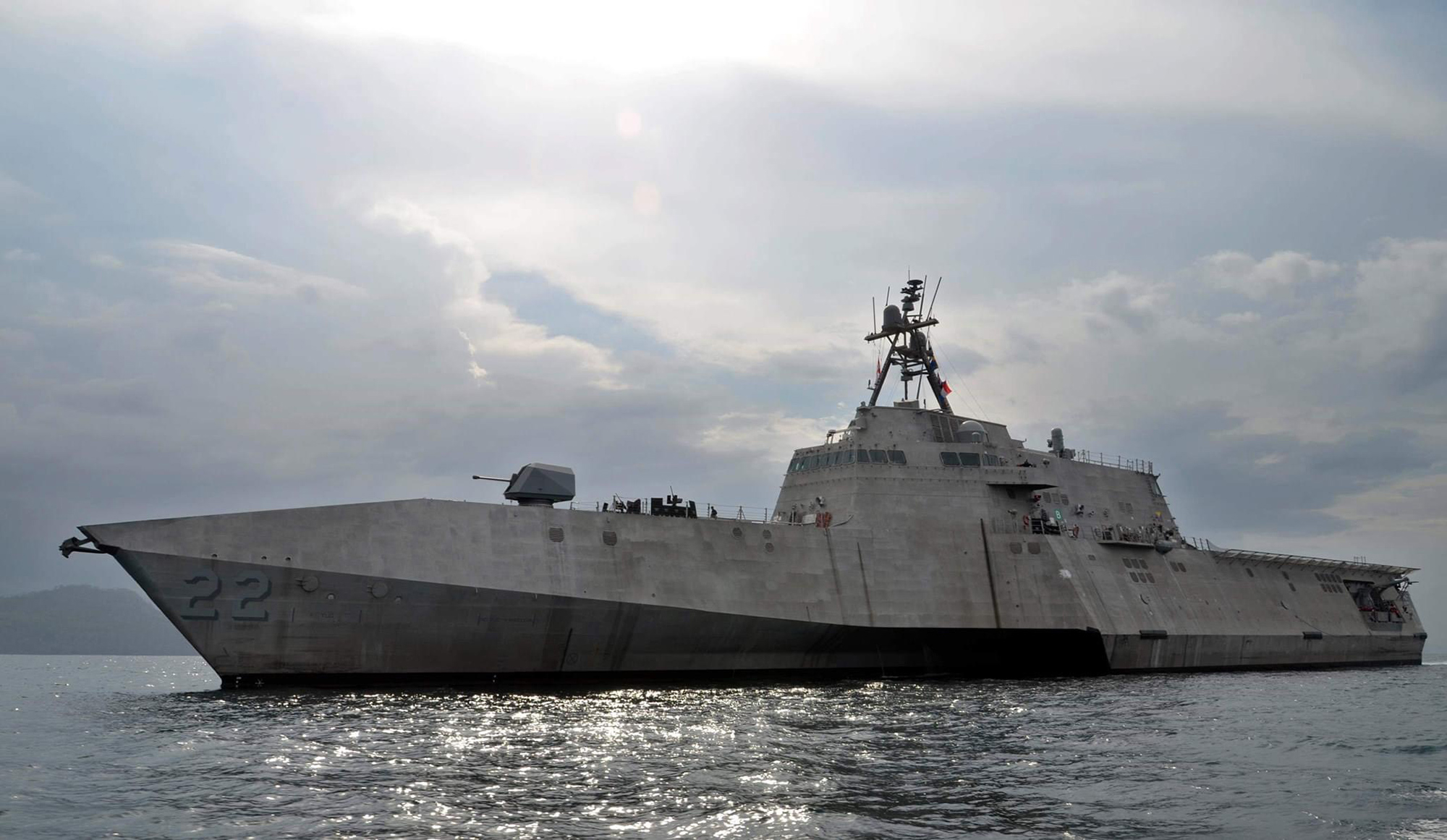 Kansas City, MO – July 1, 2021 – Today, Union Station officials announced a special evening event to kick off the Holiday weekend beginning with an early morning flag raising ceremony by crew members and the commanding officer of the USS Kansas City LCS-22. The evening event will commence with a performance by Navy Band Great Lakes in Grand Hall beginning at 5:45 followed by a special presentation and unveiling of a model of the USS Kansas City (LCS-22) at 6:30. The model, commissioned by the United States Navy League Greater Kansas City Council, measures 56 inches long, 15 inches across the beam and 17 inches high.

“It’s fitting that we start the Fourth of July weekend with an American flag raising ceremony followed by a special performance and unveiling right here at Union Station,” George Guastello, Union Station president and CEO, said. “We celebrate 107 years of armed service men and women who have walked these historic halls to serve our country and we are honored the United States Navy League Greater Kansas City Council commissioned the model and selected us as the location for it to be displayed. We encourage the public to come and see it up-close this weekend.”

The wood model was hand built, over a period of approximately two years by members of the Kansas City Square Riggers Guild.

The LCS-22 is an independence-class variant littoral combat ship with a home port of San Diego, California. The ship measures 418 feet long and 104 feet across the beam. It can reach speeds up to 47 knots (54 mph) and is one of the fastest ships in the Navy. It can operate close to the shore in as little as 14 feet of water and has an array of armament including two manned and one unmanned helicopter.

The unveiling and adoption ceremony will take place on Thursday, July 1 beginning at 5:45PM in Union Station’s Grand Hall with a musical performance by The United States Navy Band, brass ensemble. The performance and unveiling is free and open to the public. In attendance will be USS Kansas City Commanding Officer Brusca, Operations Officer Hodge and crew members. Operations Officer Hodge is a native of the Kansas City area and a plank owner (original crew member of the newly commissioned ship).