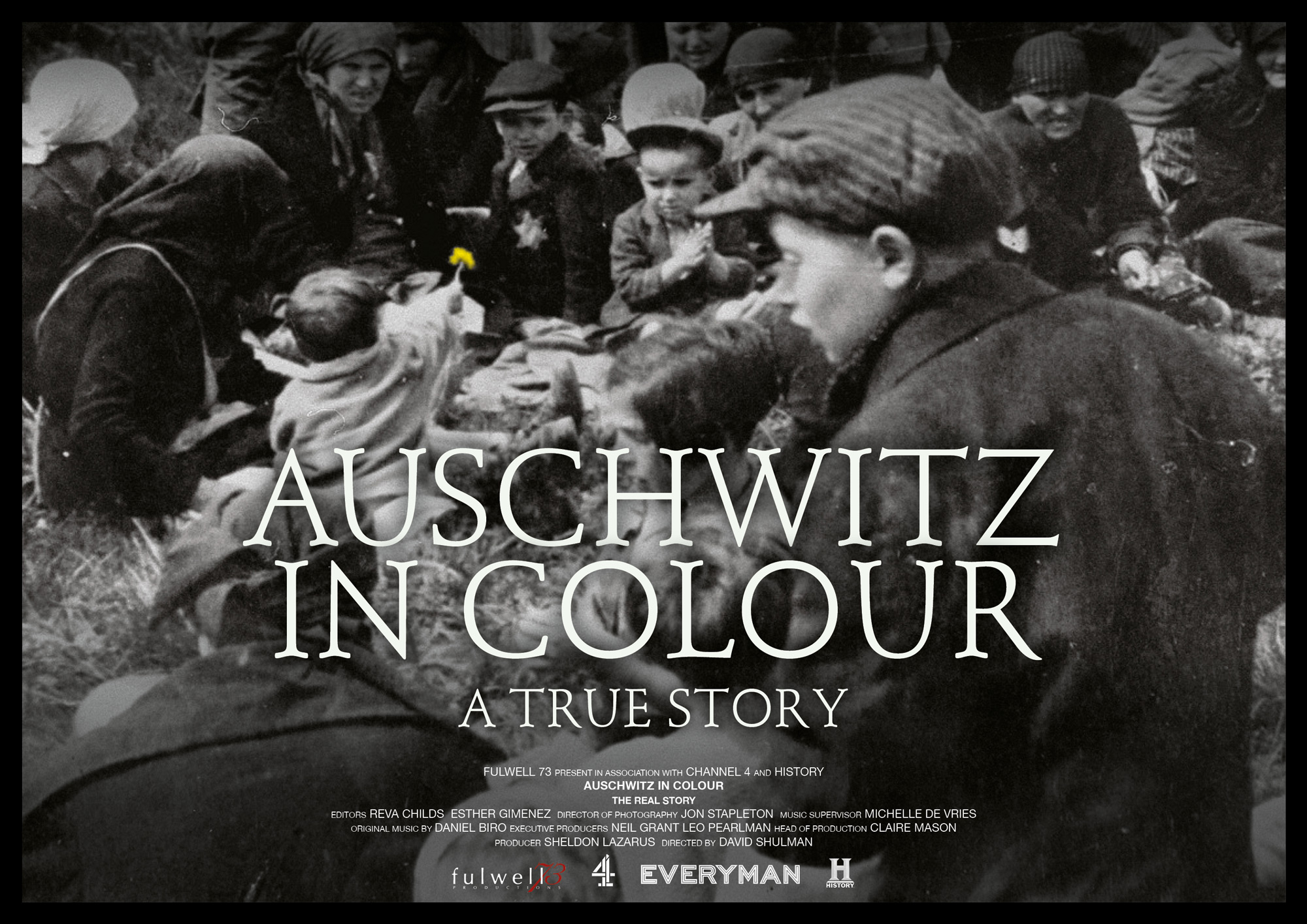 Union Station Announces New Documentary Movie in Support of Auschwitz. Not Long Ago. Not Far Away. Exhibition

Presented at Union Station by the Copaken Family Foundation, Auschwitz Untold in Color, is now available to the Public as well as Groups, including Student Scholarship Groups

KANSAS CITY, MO – This morning, Union Station officials announced a substantial new documentary movie to add even more context to the record-setting Auschwitz. Not Long Ago. Not Far Away. exhibition.

Specifically, this one-hour documentary titled, “Auschwitz Untold in Color” is being presented multiple times daily through the generous support of the Copaken Family Foundation at Union Station’s Regnier Extreme Screen Theatre. Student Fieldtrip Groups to the Auschwitz exhibition will have the chance to add this movie at no cost to their visit.

“Our family is proud to add our support to this vitally important and relevant topic,” Jon Copaken shared.  “To know that thousands of area students will have access to this remarkable content as part of their exhibition scholarship visits is particularly gratifying.  And to make this documentary available to the broader public adds to our priority that through engaging and compelling education, we each have the chance to help ensure the horrors of the Holocaust are never repeated.”

There have been hundreds of documentaries made about the Holocaust and many of them focusing on the horrors of Auschwitz.  In this context and as the title suggests, ‘Auschwitz Untold’ (narrated by Oscar-winning actor Ben Kingsley) succeeds at providing new insights into one of the greatest crimes in human history and telling the story in a new way.

‘Auschwitz Untold’ was commissioned for the 75th anniversary of the liberation of Auschwitz. One of the distinguishing features of this feature film is colorization.

From the outset, the idea of ‘colorization’ of Holocaust-related archive was highly controversial and opinions among Holocaust scholars was deeply divided (several were consulted beforehand including the Director of the Auschwitz Museum).

There was complete transparency with all contributing survivors about this aspect of the treatment and none of the participants considered colorization to be a sensational concept per se nor a distortion per se.  The consensus was that colorization would make events “closer to what actually happened” and introduced a degree of humanity to the archive that was losing its power to convey the realities of Nazi horrors.  The colorization process succeeds as an innovative dimension in Holocaust education for a new generation of young viewers today – who otherwise might find it hard to connect to black & white archive.

“Our profound thanks go to the Copaken Family Foundation for bringing this documentary movie to Kansas City and the thousands of students coming to visit the Auschwitz exhibition,” George Guastello, Union Station president and CEO, said.  “Through historic footage, survivor testimonials, personal artifacts and detailed documents, there is absolutely no reason the tragic realities of the Holocaust should ever be forgotten nor deemed long ago and far away.  In fact, the voices of millions of victims and survivors are clear and compelling through documentaries and exhibitions like those now available at Union Station.  Further, this powerful movie adds to our substantial community outreach that already includes an extensive Speaker Series and other special programming.”

Public tickets to “Auschwitz Untold in Color” are available thru the Union Station website, unionstation.org.  For organized school field trips interested in this important documentary, please contact Jordan Clark at 816-460-2283 or [email protected] for complete details.